The Hororata Highland Games were not held last year due to the Covid restrictions, but they were certainly back with immense success on Saturday 5th November with 20 bands from across the South Island, 29 International and New Zealand Heavy Athletes, 80 Highland Dancers, 25 Clans and associated groups, 120 stalls plus 30 food stalls and a crowd of over 11,000 people. 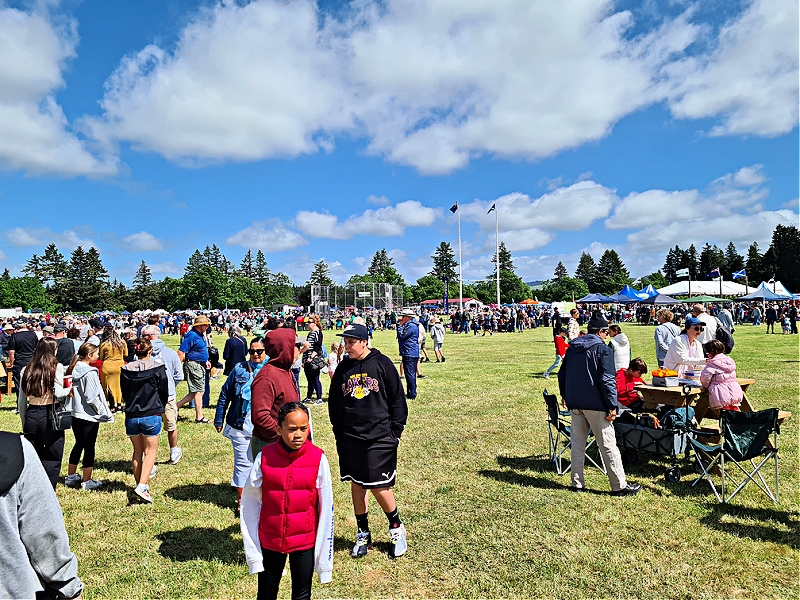 Have A Go again proved to be one of the most popular activities. People of all ages can access the arena to see if they can toss a caber, play the pipes, or win the tug of war. 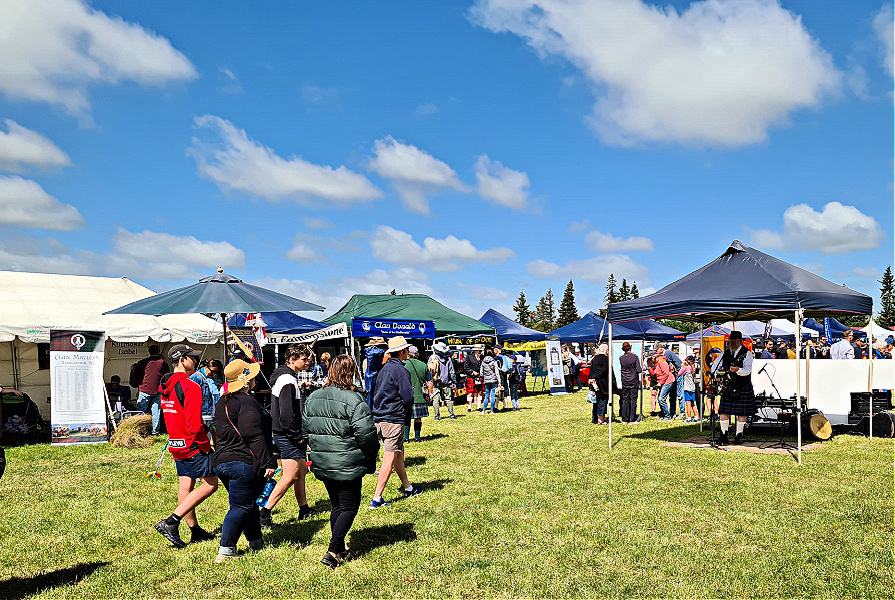 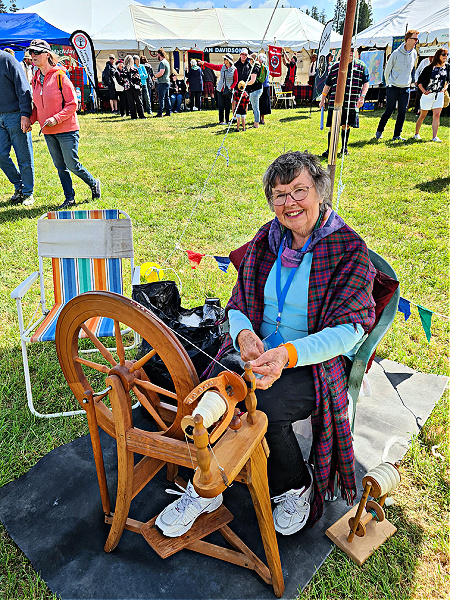 Clan Donald had a team of ten present to assist throughout the day, including Tom and Lynnette McDonald from Auckland and Roz McKechnie from Otago. A steady stream of visitors including Clan Donald Canterbury members, friends and those who wished to discuss and further explore their Scottish heritage kept us busy. We recruited ten new members – eight families and two individuals. 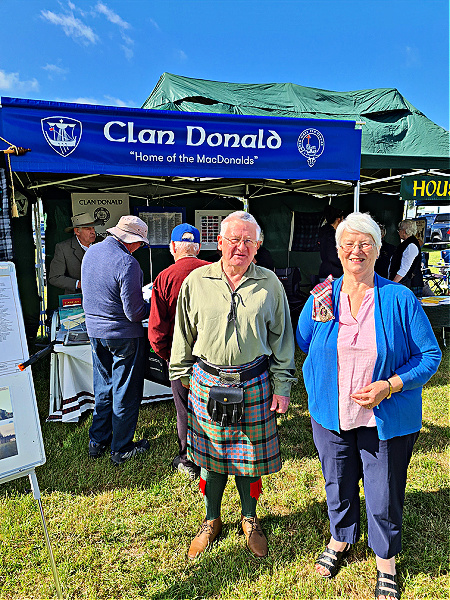 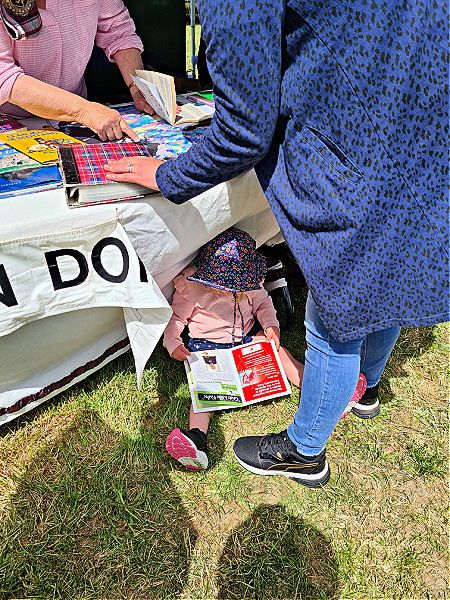 Studying the programme while Mum discusses her heritage. 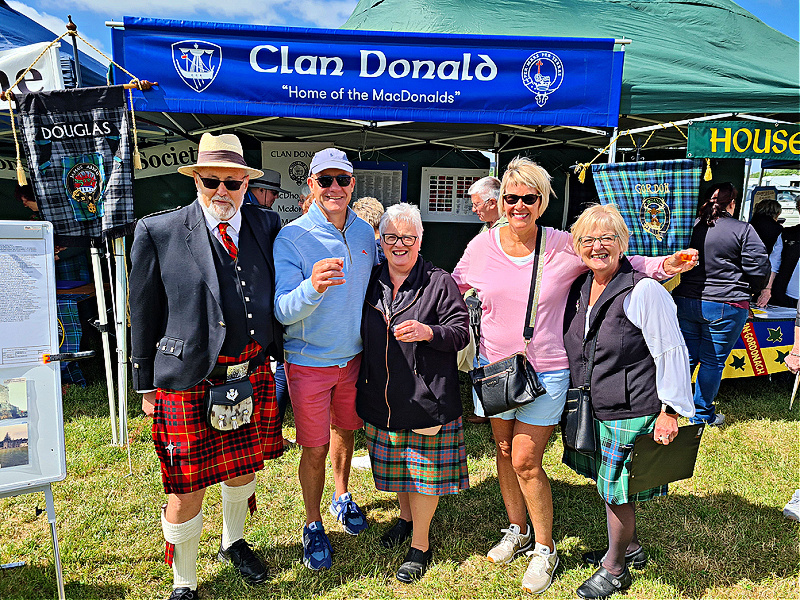 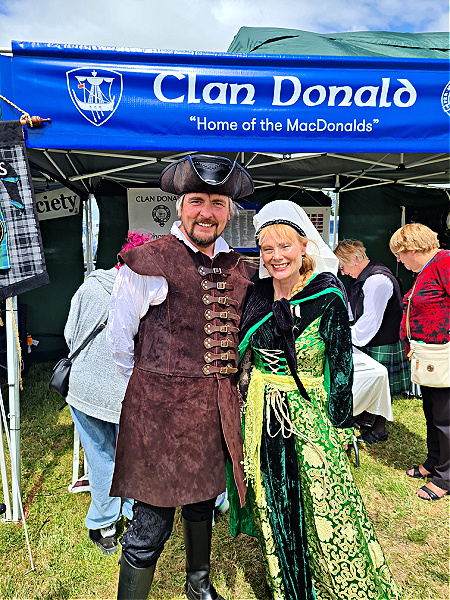 Looking great in their medieval costumes are Martin and Joanne Biddle.

Clan Donald Canterbury Secretary, Maggie Donald proudly carried our Clan Donald banner into the main arena along with the other banner bearers and the mass bands at midday for the Official Ceremony. This included a welcome form fourth generation Hororata resident, Kate Foster who was the 2022 Chieftain. Kate was the first local to be Chieftain. She spoke of the pride she has in her community and the fundraising to develop the Hororata Hall and the land around it into a community hub. 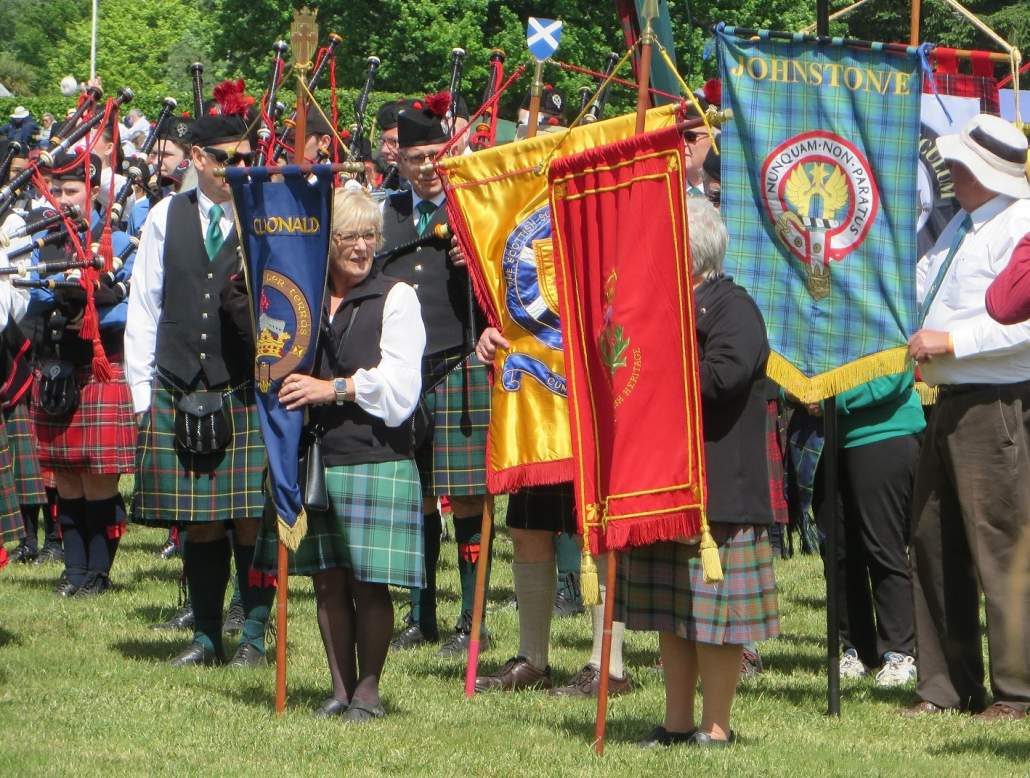 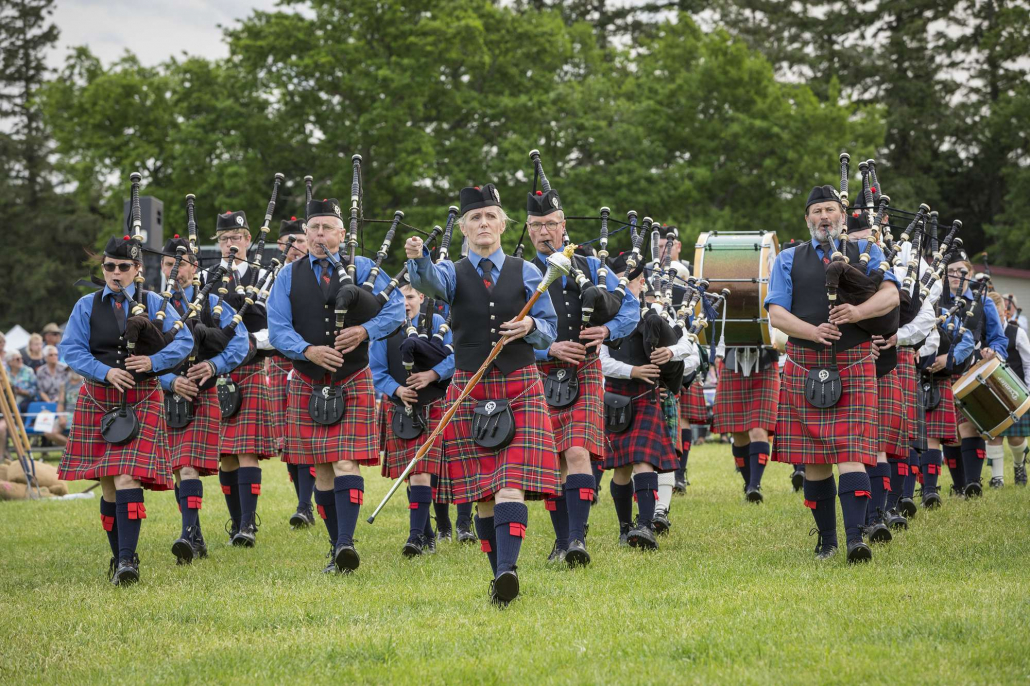 Bands parading in the main arena.

As in previous years, there were a vast range of activities, competitions, displays, stalls to view and over thirty food trucks and coffee carts catering to the large crowd. The haggis burgers were well recommended. And were extremely popular, as by the time the writer was free for a late lunch, the burgers were sold out. Will try again next year!